Pre-order the new Mississippi MacDonald and the Cottonmouth Kings album 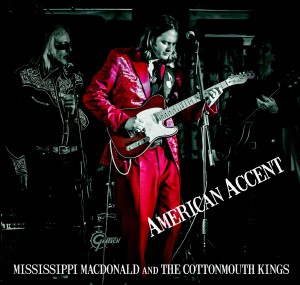 Recorded at London’s LSound Studios along with special guest stars Adam King, Sasha Jacques, Lucy Randall and Phil Dearing, this is genuine, heartfelt and exciting blues from the three times British Blues Award nominated band, all the way from the Thames Delta.

Pre-ordered copies of American Accent will be shipped in May 2015. Click on the image on the left to go to the store and order your copy.